The BBC iPlayer, simply known as the iPlayer, is an internet television, radio, and cable television service, developed by the BBC and offering high-definition media streams. The new generation of the site (released in summer 2010) brings a new, cleaner interface, and integration with various social networking sites to the TV on-demand service.

I worked in the final stages of development of the next generation of the iPlayer (v.3.0), refactoring the code base for a better separation of customised and standard components, and implementing reverse proxy cache (via bespoke Varnish modules), boosting the performances and scalability of the service by over two orders of magnitude. 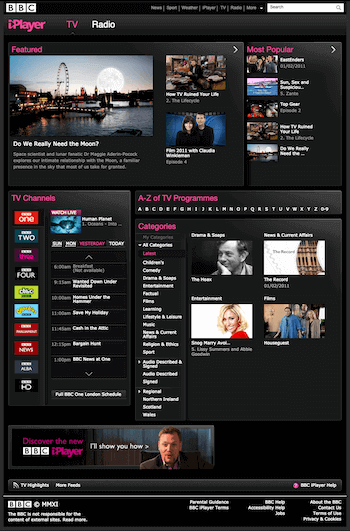