Channel 5 (aka Five.tv) is the UK's fifth terrestrial TV channel. Ibuildings was one of the few selected tech partners chosen to drive their effort towards a renewed and stronger web presence.

I was in the Ibuildings team of "PHP ninjas" who developed a REST implementation of a Single Sign-On service (including OpenID). I also did some consultancy on sentiment analysis / opinion mining, and some development on their main web site (http://www.five.tv/). 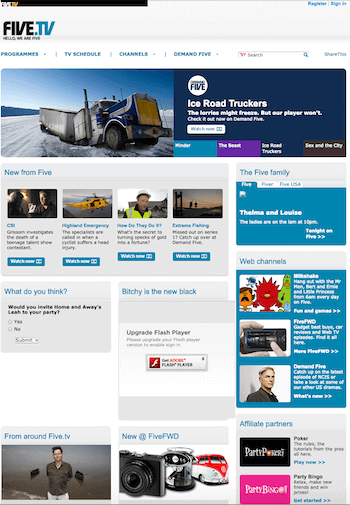